The Cell, a poem by Alun Buffry, Cardiff Prison 1991

The Cell
by Alun Buffry

The cell was cold, dark, empty and bare. 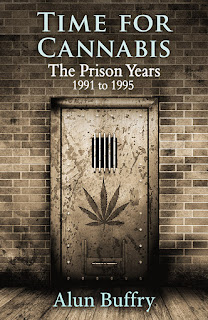 The walls screamed to themselves - there was nobody there.
The bars in the window stood firmly and strongly.
The cell was alone, rightly or wrongly.

The door to the cell was locked up tight.
It stayed that way all day and all night.
No-one came in to this lonely cell,
To make sure the walls and the windows were well.

One day, the door was opened, by a man with a key.
Even then this one cell never really felt free.
The warder looked in, said "Is all OK?",
Slammed the door shut and just went away. 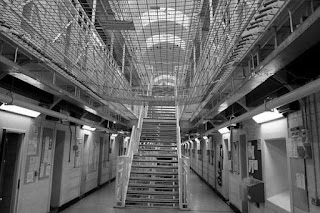 But this cell was so lucky, if only it knew,
For amongst so many it was one of a few.
For thousands of others were imprisoning men,
Bleeding their hearts out, again and again

The cell next door, which was much the same,
One man inside it, I forget his name.
One night the cell door was finally banged.
Next morning the man was found to be hanged.