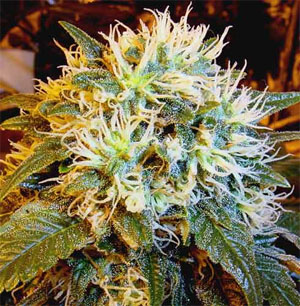 It is estimated that about 600 million people in the world use cannabis, 3 to 8 million in Britain. The vast majority of them report benefits to their health and an increased sense of well-being. Few report harm. The evidence from scientists as to the risks associated with cannabis, at first may seem contradictory. But in fact all the dedicated studies using real cannabis and real people – as opposed to those using chemical extracts on monkeys and mice or those based on stories and often on lies – have stated that cannabis smoking poses no real risk to all but a tiny minority of people. The World Health Organisation itself was quick to point this out.

"A great many assumptions have been made in extrapolating from health effects observed in laboratory animals to the probable health effects of equivalent doses and patterns of use in humans. In addition, there may be problems in extrapolating studies with pure THC to human experience with crude cannabis preparations. The plant material contains many other compounds, both cannabinoid and non-cannabinoid in nature and the possibility must always be considered that differences between experimental and clinical observations may be due in part to the effects of these other substances."

When the DEA Judge Francis Young described cannabis as safer than most common foods we eat, and when the world’s leading cannabis expert Lester Grinspoon MD of Harvard Medical School described it as “remarkably safe”, they were talking about pure cannabis, nothing like some of the crap sold in the UK today under names like “soapbar”, “eurohash” and “squiggy black” or the more recent contaminated cannabis buds called “gritweed” often covered with from anything from ground glass to plastic, sand, even powdered lead and who-knows-what..
MAKE NO MISTAKE – just because some dealer, or even the police, call it cannabis, it may not contain much of the real stuff at all. It’s kak.
Over the last 20 or so years in Britain, the amount of poor quality or fake cannabis available on the illegal market has increased whilst quality, and more recently even price, has gone down.
Much of it contains very little THC (tetrahydrocannabinol, one of the main substances that produces the high when smoked) – some of it contains none at all.  Soap smokers, for example, report an effect, but those who know better also know that effect is not a cannabis “high”.
Substances such as ketamine and crushed barbiturates have been added to produce an effect, because there is so little real cannabis in it. Other substances added to give it the right colour and hardness, can include cancerogenic solvents, animal turds, glues, hardening agents, ground coffee and powdered milk (for colour).

Another problem is some of the more recent varieties of indoor hydroponic cannabis can be unbalanced in the THC-CBD ratio – it;s strong but not everybody finds it pleasant.
In short, nobody really knows what's in cannabis bought from dealers, even passed on down the chain by friends.
This is one of the knock-on effects of the ban on cannabis. When left in the hands of illegal suppliers there is little recourse, no quality control. It’s inevitable – cannabis is so popular and the profit so tempting that it attracts not only honest dealers, but also less scrupulous crooks who will sell anything for a quick earner.
In short, if you smoke that stuff, you have been ripped off and may be killing yourself slowly – and not even getting properly “high”.

When we hear claims that cannabis is remarkably safe from scientists, they are talking about cannabis, not tobacco and not mixes. Cannabis and tobacco are both plants but that’s where the similarity ends.
Tobacco is poisonous, cannabis is not: whilst we know that eating a packet of cigarettes would kill, one cannot eat enough cannabis to kill oneself.
Tobacco is physically addictive, cannabis is not: even though many cannabis smokers may not want to quit (why should they if it is not a risk to their health?), unlike tobacco users who want to stop for health reasons, they don’t need hypnosis, acupuncture or nicotine patches to help.
To stop using cannabis is simply a matter or making up one’s mind and sticking to it, there are no heavy withdrawals symptoms although of course there may be the craving or the need to find alternative ways of socialising or relaxing.. Of course there are also people that suffer from withdrawal in the same way as people do when an effective ameliorative is removed.
BUT even though most people know the deadly health risks associated with smoking modern day tobacco, a huge number of people still mix it with their cannabis under the mistaken belief that it saves money. It doesn’t! Up to two thirds of the cannabis is wasted.
What’s more, people who have stopped using tobacco, report not only a better “high” but also more energy and a better sense of taste and smell.
The “stone” one experiences on a cannabis tobacco mix is very different to that of the ”high” from pure cannabis.
It’s far safer and far more pleasant to find yourself a pipe, bong or vaporiser that suits you and stick to that! It may take a while to change but it’s not that hard really!
If you smoke cannabis with tobacco, you are ripping yourself of and killing yourself slowly!

The real reasons why cannabis possession, cultivation and supply was banned under the Misuse of Drugs Act in 1971 - and before that in the Dangerous Drugs Act of 1928 - are unclear. Certainly cannabis is nowhere near as risky as the other banned substances. Maybe, as some suggest, the motives were money and or religion and ignorance. But the ban was certainly not based on scientific evidence.
The law has thrown cannabis into a bag of mixed drugs and led us to believe that they are somehow connected. But there is nothing in cannabis itself that makes one want to go on to take other drugs. That is down to curiosity, mistaken beliefs that stuff like heroin or LSD are like stronger cannabis, peer pressure and pressure from dealers out to profit from us.
Cannabis is nothing like other drugs. Because you use cannabis does not mean you have to even try anything else. The health risk from those other drugs really is far greater in both the short and long term.
Before you take hard drugs think carefully: are they clean? What strength or how many should you take? What will be the circumstances when you take them – will there be someone to look after you if it goes wrong

The ban on cannabis has led to all these problems: bad quality, bad price, bad advice, increased risk to health, exposure to crime, social alienation, , drug addiction, confused messages to children, loss of freedom, abuse of our Human Rights, wasted police and court time, overcrowding of prisons, public dependence on drug companies and petrol companies (yes, cannabis could replace fossil and nuclear fuels!), pollution and public fear. It has taken the control of our lives away from us and put it into the hands of multi-national conglomerates and drug dealers.
THOSE PROBLEMS WILL BE SOLVED BY THE  "LEGALISATION" OF CANNABIS.
I CHALLENGE THE GOVERNMENT TO DISPROVE THAT.
http://ccguide.org/safety.php
Posted by Alun Buffry