Until the early nineties, people knew cannabis as a 'drug' of relaxation or recreation. However, people are realising that cannabis is more, much more, than just a way to get 'stoned' at the weekend. Some people even recognise that cannabis is not at all like drugs- many more perceive it as a medicine.
Once one discovers just what cannabis is, what it can be used for, and the history of cannabis, one can only wonder why we were not told all this in school. One would wonder why it was, in fact, almost hidden away from us. If one was lucky enough to come across Jack Herer's masterpiece 'The Emperor Wears no Clothes' one may have been surprised to read his claim that cannabis can save the planet - in fact he offered an 10,000 dollars reward to anyone who can disprove him!
It is thanks to people like Herer, that many of us are now aware of the facts In fact cannabis is a relaxant, a food, a medicine, a resource for fibre for paper, furniture, sails, rope, canvas and even bricks.
Cannabis seed is a highly nutritious food, a source of oil for use as a fuel (Henry Ford built his first Model T to run on hempseed oil), a lubricant, and an ingredient in paints, varnish, lacquers, sealant and even plastics.
Cannabis is said to be the most efficacious plant on earth.
Cannabis is also used in religious rituals by Rastafarians, Copts, Buddhists, Hindus and Jains.
For many people the cannabis plant is a part of daily life.
Cannabisis easily obtained (although not always very pure) in almost every village, town or city in Britain.
One may wonder what the down side of cannabis is. Why is it illegal, with tens of thousands prosecuted annually in the UK, if it is so useful? Is it harmful or dangerous? Does it lead to hard drugs? Is it addictive? Can one overdose? To justify the prohibition of cannabis surely there must be at least one 'yes' to these questions. But, there isn't.
Over the last hundred or so years, there have been many government-sponsored investigations and reports into cannabis and its effects on health when eaten or smoked. These include the Indian Hemp Commission, the US Shafer Report, the US Costa Rican studies, Jamaican Studies, Coptic studies, the LaGuardia Study, the UK Wootton Report and the Report of the DEA-appointed Judge Young. All failed to find any danger in the use of cannabis; they state that it is non-addictive; it does not lead to use of narcotics; it is a beneficial medicine; there is no detrimental effects on memory, motor coordination, judgment or reaction times; it does not impair either mental performance or physical ability; it does not a-motivate; it does not create a particular lifestyle In the words of The Lancet "The smoking of cannabis, even long term, is not damaging to health." 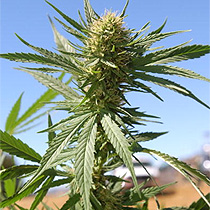 So why is cannabis illegal? Why was it made illegal and when? Most people, even if aware of the many beneficial uses of cannabis, would merely conclude that it was because the powers decided that they did not want the people 'stoned'. Well, that is hardly likely to be the truth, since cannabis had been widely used for centuries throughout the world, even in Europe, and it had caused no problems. Also, as alcohol and tobacco, both highly addictive and toxic drugs, are legal, it is clear that cannabis was not made illegal even under a mis-guided belief that prohibition would protect health.. Maybe we should look at what else was happening in the world about the time of the prohibition of cannabis
Cannabis was made illegal almost worldwide after the Geneva Opiates Conference of 1925 classified it as a narcotic (wrongly- cannabis never had any narcotic properties). Could there be some ulterior motive? Is this conspiracy theory or is it paranoia? Let the reader decide.
Strangely enough, there had been some important 'breakthroughs' during the decades before 1925, including the synthesis of man-made fabrics such as nylon and rayon, the increase in the use of diesel and petrol-driven engines, and tranquilizers and pain-killing drugs. The multi-national billionaire power- hungry directors of the huge companies which could profit, even at the expense of life itself, were not slow to realise that their expensive synthetics could never compete in a world market where the needs of man were so neatly met by the many uses of the humble cannabis Hemp plant. Hemp had been widely used for paper, cloth, medicine and fuel, for centuries, and cannabis could be grown easily almost anywhere. People would never simply accept the prohibition of such a useful resource ... unless, of course, it could somehow be shown to be dangerous. And that was precisely what the employees of those world-polluting companies proceeded to attempt to do. They created myths and fears, encouraging Egypt and Turkey to insist upon including cannabis as a narcotic (hence drug), alongside heroin and opiates. These countries falsely claimed that some of their people suffered from 'chronic hashism', but there has never been such a condition. Cannabis was prohibited in the UK in 1928 as a direct result of the Geneva Conference at which Britain had abstained.
In the USA, powerful political servants such as Anslinger used the lie that cannabis was dangerous to brainwash the population into accepting the loss of their most valuable resource as a necessity to protect the young from the 'evils' of marijuana intoxication. Marijuana was a name for the leaves and tops of the cannabis plant. Claims of 'reefer madness' were advertised throughout America. Parents were warned of a 'drug far more frightening than Frankenstein's Monster.' Black people and Mexicans, were singled out and arrested. Anslinger even spoke publicly against 'Ginger-haired niggers.' The hatred campaign quickly spread to include Jazz musicians; and clubs. Meanwhile Henry Ford, in an attempt to remain independent of the petroleum companies, illegally grew hemp for three years. Anslinger was sacked by John Kennedy a year before Kennedy was assassinated; by the way the words 'assassinate' and 'hashish' have the same origin.
The prohibition laws had little social effect, though, in Britain, where very few people were smoking it during the first half of this century. Prohibition began to have its disastrous effect on British society mainly after 1960, when it became much more easily obtainable and used; people here began to enjoy it too; they became 'criminals' in law, subject to arrest and prosecution for their crimes with no victims. Many popular figures such as Keith Richard and Mick Jagger, were among those arrested. However, the use of cannabis continued to grow, as did the plant itself.
The spreading of lies and fear was so successful that large sections of communities turned against anyone known to use cannabis, courts and prisons filled, cannabis prices rose, as did the crime rate and the number of hard drug addicts. Cannabis was no longer a roadside or garden plant, it was called an “illegal drug” controlled solely by 'criminal' organisations. The propaganda campaign was so successful that even the political and commercial successors have believed the lies. And the powerful multinational petro-chemical and pharmaceutical companies, as well ad drug dealers, criminal gangs and terrorists that make huge profits due to prohibition, remain firmly behind the ban
Of course it is not cannabis itself that is illegal – or even its use. It is the possession, production *cultivation) and supply that is unlawful – the law is aimed at people, not plants. 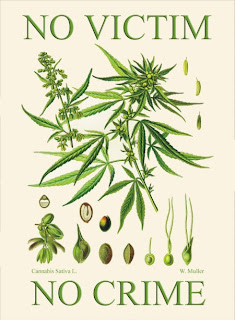 What has prohibition done? It has alienated and criminalised millions of people; caused thousands to be thrown into prison; mixed the supply of cannabis, with no control of quality, in with that of hard drugs, the tax-free profits financing large criminal and terrorist organisations; it has removed a highly beneficial medicine (both preventative and curative) from pharmacists' shelves - thus causing unnecessary suffering from illnesses such as MS, Glaucoma, AIDS, cancer, arthritis and rheumatics, spinal injury, depression, insomnia, loss of appetite, cramps, epilepsy; menstrual and labour pains and asthma; it has restricted religious practices; it has encouraged the production of environmentally polluting synthetic alternatives; it has helped perpetuate the Greenhouse Effect and helped destroy the Ozone Layer. All that with huge costs of policing these unworkable, unjust and ineffective laws. Prohibition, which has never worked when applied to an economically valuable resource ( as opposed to crimes of violence, theft etc), has never worked. In short, the prohibition of cannabis is nothing less than an inhumane, profit-motivated, social evil.
The reason why cannabis was made illegal has been largely forgotten. Cannabis is now grown again for its fibre, and advocated medicinally. Now it is the lies that we have to destroy, and the money motivation of illegal suppliers, which we have to battle, to free this benign herb again.
Some campaigning groups have been struggling for years to make people aware of the injustice or prohibition, the impracticalities and expense of enforcing the cannabis laws, and of the harmless and beneficial nature of cannabis itself. We even find we have to tackle the subtle programming with which we have ourselves been fed by prohibitionists. An example of this was a discussion on whether or not cannabis could cause hallucinations. I remember reading once, in a comic probably, that Nepalese temple Ball Hashish was hallucinogenic. But upon realising exactly what an hallucination is, I realised that nobody I knew had ever hallucinated on cannabis alone; furthermore, I learned that cannabis, chemically, cannot possibly produce hallucinations; it's effect is always one of relaxation (not always repose). How much more difficult to open the eyes of those who have never even tried cannabis themselves, who live in fear of the 'drug menace' and do not see the difference between illegal cannabis users and addicts of drugs?
Cannabis awareness is growing rapidly. Every person must be presented with the truth. The politicians won't tell them, but we will.
It is high time that the Government took notice of the official reports and empirical evidence available about cannabis, noted the safety record, listened to the voices of its people and its experts, and acted to rid us of this repressive law.
Few would now claim that cannabis use does more harm than the arrests and prosecutions for cannabis under the UK Misuse of Drugs Act. 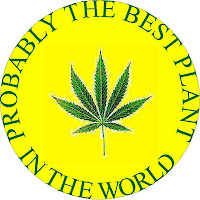 It is time all people reacted, not just the cannabis smokers. This cannabis prohibition is destroying the planet, and that includes all of us and all of our children and grandchildren. Legalisation of cannabis (possession, cultivation and consumer-protected supply) would immediately go a long way to solving many social problems and ease drug and alcohol addiction; it would enable the legal supply of a natural plant remedy for many ailments; it would enable the production, on local levels, of natural fibres for clothes, rope, canvas; it would supply us with hurd usable as building materials and furniture; it would enable the production of virtually cost-free energy on a local level, it would enable the production of highly nutritious seed which could be used to literally feed the world; it would help reverse the Greenhouse Effect, cutting down on pollution.
Please, good people everywhere, WAKE UP. Force the politicians to put right one of the gravest errors of modern times - the prohibition of cannabis. Now is the time to ac - so write to your MP now at the House of Commons, London SW1A 0AA.
http://www.ccguide.org/
Posted by Alun Buffry