Ann C, Norwich: "This is a fascinatng book packed with stories about adventures on the "Hippy Trail" in all its reality.It was harsh with extreme discomfort.heat and dust and sometimes illness. It took strength and endurance .but then. the rewards were a rich awareness of other cultures and beliefs. I recommend it warmly.and did I mention, it is so funny!"

Roger W E, Swansea: "My Hat is becoming an independent friend, as I read on - he/she/it is competing with you! Roger WE"

Frank K, W Sussex: "Loved the book Alun and have shown friends, also travellers with a Hippie hat. Great days to remember for you I bet. I like the way you laid out the text too, great read."

Melissa D, Italy "I really enjoyed this book..... but I have to admit I skipped some of the travel book descriptions. My favourite part is..... No, I won't spoil it for you!

Simon B, Norwich: "You were lucky to survive.  Loved the book."

Let me introduce myself, I am called Myhat.
I am quite an old hat. I was made decades ago. I had been passed many times to a few heads, yet had seldom found one that I felt really comfortable on.
About 40 years ago, everything changed. I found myself upon a head that I had a close affinity with and I found myself seeing, hearing, smelling much through this young man, Al - and even picking up on his emotions and thoughts.
I was lost then for several years, stored in a cupboard until, once again, I found myself on Al's head and now I can tell my tales.
Al and I spent some nine months together on our first trip, visiting many big cities and several small villages, in eight countries, all different, all new to myself and my new head – an adventure of a lifetime.
I had sat on Al's head and witnessed all sorts of strange places and events until we had travelled to India and then to the UK.
When Al arrived back in the UK, he was quite ill, having suffered from a problem called Hepatitis and also dysentery. Al went to his parent's house in Wales and then to hospital. But whilst he was in that hospital, I was never on his head after he had arrived, and ended up in a box in a storage cupboard.
I didn't know what was happening. Why was Al leaving me? How long was I to be here? What would become of me now? Would I get a new head? Would I get more adventures? Would I be treasured or neglected?
Then one day, Al took me out of my box and put me back on his head.
That is how it came that I found myself back on Al's head. I have been on and off Al's head for about forty years and now I can tell my tales. Al had done a lot of travelling over those forty years.
I had always been able to understand any language spoken and understood by whatever head I was placed on - but never been able to utter anything myself – until now! I have discovered that I can help Al remember the places we had experienced together and I somehow I managed to place the idea of writing my tale for me. Anyway, that idea came upon Al and here he is, writing this for me!
As well as understanding the thoughts, memories and feelings of my head – I felt as he felt - I have been able to see through the eyes, hear through the ears and even taste through the mouth and tongue of my head – Al – and over the days developed a strange connection so that so long as Al was nearby, I could watch what was going on around him – even when not on his head!
I watched, I listened and I remembered – and that is how I come to write this story through a head called Al.

A DIP IN THE GANGES 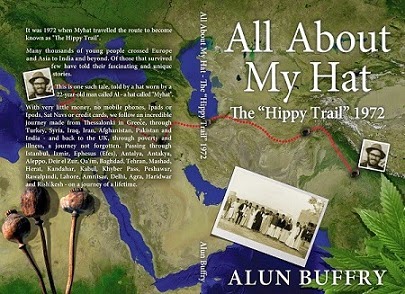 NOW AVAILABLE ON KINDLE AT AMAZON 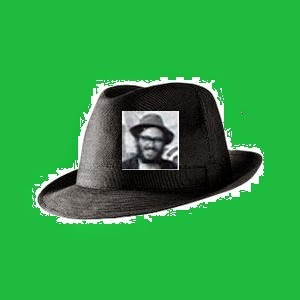