shaking a collection tin and asking for a donation to help pay for the arrest and prosecution of sick and injured adults for growing a plant for their own beneficial use?

They would be armed with a list of ailments that it is claimed that cannabis helps - people to be targetted.

They would explain that there was no issue with them having harmed or put at risk other people.

There is no other (illegal to possess) drugs involved, and no supply to others.


They would be armed with the latest estimated costs of arrest and or courts, a breakdown of the total annual cost.

They would explain that since cannabis is against the law and police are becoming increasingly lenient or turning a blind eye to small growers as they have far more serious issues to deal with and are themselves underfunded, it is essential that people pay more money to finance more arrests and prosecutions above the billions in taxes.

They would explain that home grown cannabis used in those ways is a serious treat to the profits of the big phamaceutical companies that provide the present day prescription drugs that many growers are saying they have replaced with herbal cannabis. 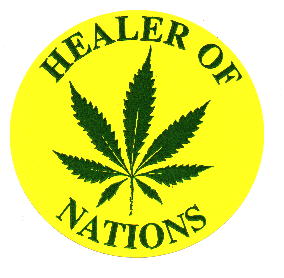