Let me introduce myself.
I am called Myhat. I was also known as Kapelomou. 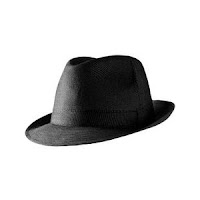 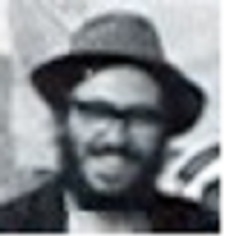 I instantly understood the new language, English, spoken by my new head. I began to see with different eyes and understand the world in a way new to me.
The others were Keith, John and Mike and the female was called Marion. It doesn't take long to learn those things when all you can do is watch and listen. The fact that the humans did not know that I could watch and listen had the potential of being very useful to me as well as educational.
From the conversations I heard, I was to learn that they had all been students in a country called England, a city called Norwich and most had studied Chemistry. They had finished with schools and had set out to travel and explore, in a small van. At night they huddled together and by day they drove. We were, I gleamed, heading for Turkey – eastwards.
John, Mike and Al had been at a University together for three years, but before that had come from different places. John, Al knew, was from Slough and Mike from London; Al himself was from South Wales. Marion had studied Biology at the same University and Keith, the oldest of them, from Birmingham, was Marion's boyfriend. Of them all, Al regarded Keith as the only experienced traveller. He seemed much more confident than the others, although Al did not know much about him and had only known him for about a year. Al felt safe with all of them, feeling that they were honest and non-violent people like himself
So, I found myself saying goodbye to what had been my home for several months, wondering what the future had in stall for us all. Wondering how long I would be staying with my new head – 'Ed, now called Al. Wondering if he too would forget me, leave me on another hook, in some dark place maybe – or would I get to travel far?
It wasn't long before we all piled into the van – they had bought some of the local sweet 'Halva' and were saying how good it was, crumbling all over, getting in my brim. I did not care, I felt free.
We were heading for Istanbul, a large city in a country called Turkey.
That evening we pulled up along the sea front near the town of Alexandroupoli. Keith read from his book that this town was an important port and the capital of the Evros region in the Thrace region of Greece.
Keith read aloud:
“It was originally called Dedeagach Dedeagatsh . The name was based on a local tradition of a wise dervish who spent much of his time in the shade of a local tree and was eventually buried beside it. Dedeagach remained the official name of the city throughout the Ottoman period, and the name used for it in the West until the establishment of the Hellenic Republic. In 1920 it was renamed Alexandroupoli in honour of King Alexander.
“Alexandroupoli is about 9 miles west of the delta of the river Evros, forty miles from the border with Turkey, 215 miles from Thessaloniki on the newly constructed Egnatia highway."
Keith also read bits about the many wars this city had been involved in. We did not go into the city itself though, as it was getting late, so stopped and built a camp fire then everyone went to sleep.
The next morning, when Al woke up, Keith and Marion were already awake and making tea – which they all drank with milk added, unlike the Greek people I had seen. They were also cooking eggs for breakfast.
As Al was pouring himself some of this tea, along came a weathered and aged looking man with a donkey – smiling broadly, he pointed at the fire and the tea.
“I think he wants some tea,” said Al, and he got up and poured another cup, adding some milk and sugar, and passed the mug to the old man.
“The old man first said thank you, then sipped the hot tea – only to spit it out shouting “Baba, baba!” Clearly, he did not like it. Then he opened his bag and pulled out a bottle of Ouzo.
I knew about "ouzo", an aniseed-flavoured alcohol much liked in Greece and usually mixed with water. It's meant to be taken before meals but many people seemed to like it at any time of the day. Konstantinos had been one of them, but not on the days that he had to cut hair – people got very drunk and loud on that stuff, sometimes.
So the old chap offered the lads some ouzo. Al and Mike were the only two to try it – and both said they liked it. It had an aniseed taste and was strong is alcohol, making Al's head spin slightly – I had never experienced that before.