The Convenience of Covid19

It is not that hard to see that both the world economy and the climate have been on the point of collapse for some years now and that more and more people around the world are taking to the streets to protest against their bungling greedy governments that have done little to halt that happening.

Capitalism, where a minority get richer and richer, the middle wealth become complacent and the poor are left out, often living on a comparative pittance, is inevitably doomed.  Nowadays Western currencies are based on nothing, governments can print as much paper money as they want and "I promise to pay the bearer" is as meaningless as "in God we trust".  Government debt to world banks run by a small number of billionaire families is beyond reason, sense and imagination, yet under Covid 19 many dish out small sums to the people in real need or most deserving and many times more to their business friends.  The corner shops suffer whilst on-line businesses and giant supermarkets thrive.  "in God we Trust" for them has become "in Covid we Trust".   Check out what the UK MP's are offered as subsidised lunches whilst NHS staff have to buy their own.  Normally the numbers on the streets demonstrating would have increased.

As for the climate, well it's decades now since we have been warned and started to see the effects of pollution.  Now our seas - and our food - is full of plastic, radioactive chemicals spreading throughout the oceans, big cities have air so bad that people are told to wear masks or stay indoors, chemicals are put into our tap water to make it "safe" to drink whilst more and more get ill and need to take the dangerous pharmaceutical drugs that make the rich richer, and on it goes.  Normally the numbers on the streets protesting about the lack of action to save our planet would have continued to increase

There are more police in the world than ever, but also more crimes and more prisons.  There are more doctors and nurses than ever but more sick and disabled (a terrible word).  There are more schools and universities but what they teach is carefully controlled.  More so-called freedom of speech through social media but more control and censorship.  More food than ever before but more starving millions.  More churches, synagogues, mosques and temples than ever but more war based on differences in beliefs and lifestyles.  Normally more people would be protesting those excesses and shortages.

Then conveniently along comes to governments' saviour - Covid19.

Street protests are banned.  Tyrannical police action is justified by governments that force restrictions, social distancing, numbers that can gather together even in our own homes, face coverings and threatening us with serious illnesses and death caused by over-flowing health services that they have for so long underfunded or sold off to private investors and big businesses whose very existence is to profit.

Now I am not saying that Covid19 in not real, or even that it has been deliberately spread, but it has come at an ideal times for the rich and powerful and that the Governments, just like the people that vote them in, are taking full advantage of the situation to further their private causes which are seldom seeking common or shared wealth and well-being.

DO NOT TRUST THE

You may well think our leaders clowns,
For sure they let the people down.
It matters not where you come from,
If your name's Boris, Jacob or Dom.

Unless you're in the Upper Class,
Workers will stay upon their ass.
It matters more where they went to school.
Eaton and Oxford were so cool.

They had a grand old party time,
That's why they pull the Party line.
They laugh and tell us what to do,
Won't listen to the likes of You.

We vote and think our votes will count,
Lead us to what we think we want,
We praise them for the little they give,
They hide away the way they live.

And when they want to fight a war,
They ask all all to give some more.
They sail their yachts and ride their horses,
They play with their balls on their golf courses.

They drink their champers and fine wines,
They eat their gourmet meals so fine,
Put chemicals in our food and water,
Send our soldiers out for slaughter.

Yet deep inside we’re all the same,
It matters not your family name,
For when we reach the end of life,
It’s them that will suffer the grief and strife.

For then they’ll see themselves were bad,
For then it’s them in loneliness that will feel sad,
It’s them that did us all that bad,
For them that last breath will be so sad.

For one thing to them I’d like to teach,
That in this life we each need peace.
It’s not in glory, wealth or fame.
It’s only in our Soul’s true name. 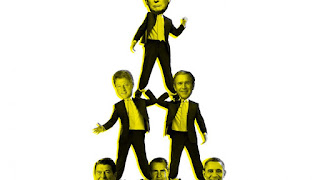