I never asked for Human Rights, they were given to me even before I was born.

I only ever demanded that my Rights and the Rights of others be protected by law.

Human Rights are not subject to or limited by laws.

Laws are subject to and limited by Human Rights, the higher law.

Human Rights were written down and signed by many nations in the late 1940's in order to limit and stop tyrannical and unjustifiable laws created by Governments, in the name of the Brotherhood of Mankind.  They were incorporated into UK law as late as 1999.

Governments cannot put their own interpretations, limits or conditions upon our Rights.  In fact Human Rights put restrictions on Governments and their statutes, although there is some interpretations on how Rights can be ignored, clearly specified in the Articles, that is in the interest of Public Health, Public Order, National Security or the Rights of Others, but it the onus should always be on the authorities to prove those criteria are satisfied.

Ultimately the European Court of Human Rights has the final say on whether or not a Government or Authority has contravened Human Rights although taking a case there can be along and difficult process which can be thrown out without reason and with no Right of appeal at the administrative level before a case can even get to court.  They are the obstacle.

We all have equal Rights.

Rights are not subject to or limited by race, religion or lifestyle;  they are not only for the wealthy and powerful, they are for everyone, for all time.

Those Rights include the Right to choose and practice ones own religion or belief and the Government cannot limit that unless they can show a threat to public health, national security or the Rights of others.  Governments cannot make laws limiting that choice willy-nilly, there is no list of acceptable or unacceptable beliefs.  The practice of those beliefs can be alone or in the company of others.

Similarly, we have the Right to a Private Life and what we do in that private life cannot be limited by arbitrary or politically-motivated laws - so long as there is no threat to public health etc.

So the fact that what a person does in their Private Life or in the practice of their beliefs cannot be interfered with only because a government has made it "illegal" - it must be in the interests of law AND to prevent a risk to public health, public order, national security or the Rights of others - that is very clearly specified in the Article of Human Rights.

That cannot be stressed enough - when a Government cannot satisfy the criteria and sends its forces such as police to interfere with our given and inalienable Rights, then that Government and its forces are guilty of a crime and we are the victims.

This should be paramount in any consideration of the application of laws, for example, in the possession, production, supply and consumption of some drugs by some people in their own homes. 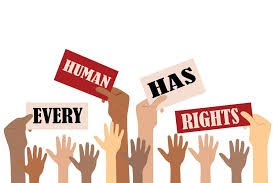