Connect 2121: taken from The Effie Enigma The Motherless Mothers, Available on Amazon

Agent ZX (Zedex) had mixed feelings about being called to the Connect HQ. On the one hand, it meant endless hours scanning through news reports, watching old news films and scratching away at connections. On the more positive side, an opportunity to meet his latest crush, Agent QT, whom he called Cutie, from the Far East Sector of Connect. They had communicated virtually several times, but the thought of meeting Cutie in the flesh gave him goose pimples. 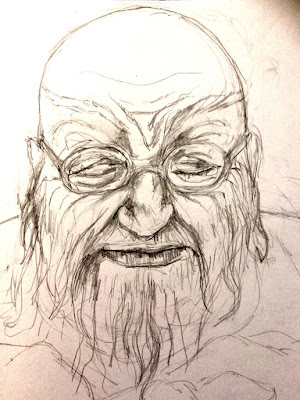 ZX (ZEDEX)
In the old days they used to call this day Saint Valentines Day.

But, thought Zedex, what chance do I have? Cutie is an attractive young man, just about 22 years of age, with olive skin , visible muscles and long blond hair.

Zedex himself was probably, he thought, more of a father figure than a potential flesh-on-flesh lover. Now 98-years-old, rotund, balding, he still wore the old-fashion spectacles. He had never been comfortable with instant vision surgery that most partook of. All they had in common was that they were both investigating Crisis Connections and had both previously been with the military. Anyway, current events that were bringing them together was serious and they would have to focus.

But, remembered Zedex, Cutie will only have seen perfected image projection of him and vice versa. To Cutie, Zedex would have appeared forty years younger, several kilos lighter and with a full head of hair. And Zedex knew nothing about how Cutie actually looked in the flesh. This first meeting could well be a make-or-break. 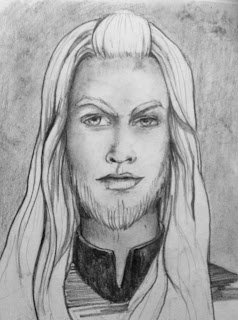 QT (CUTIE)
Earlier that day, Zedex had been called to the HQ after four more deaths, this time all scientists all connected with Project Outreach. At the same time, there had been a failed attempt on the life of Professor John Sullivan, the creator of the portable wormhole in time. Certainly this leaned towards the conspiracy theory.

So Zedex had taken an auto-hover car which enabled him to quickly catch up with the paperwork. Nowadays, few people moved about the city other than in auto-hovers which were remarkably safe. Fewer people actually travelled about the city than previously. What with food parcels delivered to your door, virtual teaching through the PLATO programme, the Planetary Tuition Optimisation scheme that brought almost identical tuition schedules into almost every home and put an end to the “school run” traffic chaos that Zedex had grown up with.

Zedex had received his instructions and a minimum amount of information via his retinal-link. Despite the safety record of auto-hovers, all four scientists, two men and two women, had died as a result of hover-car accidents. The chances of that being simple coincidence was indeed slim.

Connect was officially established way back in 2021, two years even before Zedex had been born (of course he was not called ZX back then) to investigate apparent connections between various historical events seriously retarding progress on Project Outreach, the building of the A.I.-controlled Mother-ships that would eventually enable distant planets to become human colonies, literally billions of years and even light-years from Earth. A.I. and robotics, cryogenics and space exploration itself were progressing comfortably but these events, whether connected or not, were slowing the project down to the point where earth’s own problems could bring a halt to the project completely.

Zedex had entered Connect in 2098 and had been working virtually with Cutie for several years now and had listed incidents that had caused the delays in or seemed to have tried to delay project Outreach.

Until now it had appeared that it was merely a conspiracy theory that there existed a well-hidden long-term project to delay or stop Outreach. It had not officially been taken very seriously and Zedex’s work was hardly a workload

It was only now, with the sudden death of four essential scientists, that the newly appointed World President had prioritised the Connect project. The recent discovery of how humans and possibly others could use portable wormholes and the possibility of travelling through time introduced an entirely new line of investigation. It may become possible for people to travel to the past and make dangerous changes, cause all sorts of paradoxes; or even to the future. The possible assassination of the man that had become the leading edge in that technology, Professor John Sullivan, increased the likelihood that there was a connection between assassins over the decades and now there was news that Sullivan’s suspected assassin had been “examined” and apparently the assassin thought he was indeed from the future and on a mission. 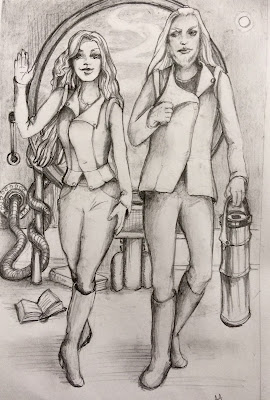 QT and FE
Taken From:


The Effie Enigma The Motherless Mothers

With sketches by Jacqui Malkin 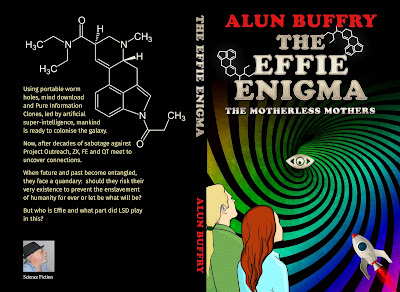