Governments are "alert" to the fact that a truly effective vaccine will never be made and are already telling us that even if we have had it already and have antibodies we may not be immune (which means vaccine will not work on everyone) so they are intent on slowing down the infection rate so that health services can "cope", all based on the herd immunity idea that the  extra deaths (70,000 per year in the UK) will mostly be the aged and sick and will slow down population growth which is essential - next step will be to reduce births - sadly the way population is growing and the need to decrease it, with more being born than dying every day, the whole planet is facing disaster.

Wars between super-powers must be avoided due to the nuclear threat; people would not accept enforced birth control or limits or maximum age limits that science fiction has proposed; we cannot simply starve people even though we starve many in third world countries already, so how do we reduce population growth or the population itself?

Allowing the consumption of poisons in our food and water supplies and tobacco and pharmaceuticals that kill so many? Slow spread of a virus that targets the old and sick?

Who could imagine that? Or is it just nature fighting back? Or aliens? Or the devil? And what is the difference?

And just look at what is happening on the beaches.

What is the confusing Government message?  Stay alert - well we should stay alert every day and stay alert of about what the Government are doing!  They are telling us that!

Then what I see is people that "think it's all over" or that it won't get them.  Are they simply dumb or selfish or are they confused.  So much for Government messages.

On the one hand we hear government telling us this virus is deadly but we see them bumbling along and failing to tackle it one every level.

I for one am not convinced by what our Government is saying, yet I know that there is a message within it; they hide the truth in plain sight.

I for one know that most of the most powerful politicians and business people are not interested in us, they are only interested in making themselves richer, more powerful and famous.

We can do nothing about all that.

So I say, find joy in your life, relax best that you can, stay safe and keep others as safe as possible and consider what is most important in your life and focus on that. 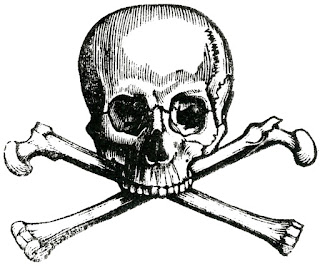