Seems to be so much confusion about this Covid19 virus and not catching it but it seems simple to me. Although none of us want to get ill, the chances are that most healthy people won't get seriously ill if they catch it and many may not feel ill at all - although they can still pass it on.

At the start the Government (when the Government finally accepted that it was serious, too late) said that it was important to "protect the NHS and Save Lives". That still applies. What they meant is that they did not want everyone getting ill at the same time, in particular those most likely to need to go to hospital - people with low immunity, elderly people, people with serious underlying medical conditions. That did not mean everyone else was somehow exempt and young, healthy people could still get seriously ill. But most people who reported mild symptoms were simply told to self-isolate as were those with people in their homes that had symptoms. The main symptoms were a high temperature, a persistent cough and sore throat (one or all of them)

Had all the most vulnerable got sick at the same time, hospitals would have been over-run, especially with the lack of ventilators and PPE that the Tories had created.

We were told to stay at home but we could go out for exercise or essential shopping or to work. We were told to keep "social distancing" (should have been called physical distancing) at least 2 meters, not to gather in crowds, wash hands regularly, wash surfaces and door handles etc, wear a mask where possible. All pretty much sensible advice and easy to follow, even if some members of the Government themselves could not do that (Boris shook hands and supposedly got ill) They failed to set a good example.

At the start Boris spoke about herd immunity. That is important because ....

Unless "they" find an effective vaccine, the virus will continue, it will not just die when it gets hot or cold. Keeping pressure off the health services means slowing down the rate of infection

Already millions of people have had Covid19; like I said, many don't even know they had it, many were a little ill or very ill but recovered. Many of those passed it on unwittingly.

So eventually herd immunity plays its part when almost every one has had it and those that will die are either saved in hospital or are dead - sad but true - and others will have some sort of immunity to a particular virus, but of course it could mutate.

This will inevitably lead to a SECOND WAVE and possibly a third wave which will lead to more restrictions. Then when we've all had it, the crisis will stop.

So until then, personally, I will continue to take precautions to protect myself and others, because it makes sense, not because the government tells me to or not.

And to those that say that the virus is not real, or not so serious, or a hoax, or a world-wide government conspiracy to control us, I say neither virus or plot have harmed me, I am not being controlled, I will just continue to take sensible precautions and if nothing else, avoid the flu. 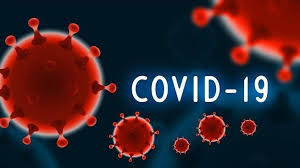 Email ThisBlogThis!Share to TwitterShare to FacebookShare to Pinterest
Labels: lockdown