Corona Virus, 5G and YOU

The differences arise because some people believe that the virus is man made and escaped a laboratory, or was even released deliberately. Obviously the 5th generation technology was invented.

The ultimate question is whether either was created as a weapon are if so why, and do those that are so using either have themselves protection against it?

The question is, is 5G making us less immune or more prone to suffering and dyeing from the virus because some of us are surrounded by the effects of 5G?

Is there a correlation between countries with 5G set up and corona virus infections / deaths?

Some people refer to scientists or their supposed reports and theories either way. There is disagreement between the scientists themselves. Why?

The answer is that we have to use the word "believe", or at best "conclude". It is surely a matter what one believes - just like whether man walked on the moon, whether the illuminati exists, whether the British royal family are lizards etc etc - that is why they are called conspiracy theory.

One thing I believe for sure, one should not base one's life and risk ones life and the lives of others based upon what some politician, scientist, doctor, lawyer, teacher or preacher says.

The ultimate question is surely what can we do about it either way.

Wash hands, keep a safe distance, try not to catch anything and try not to infect anyone , eat well, sleep well, if possible, help others and realise the most important truth of all. "You are alive"

Does anyone actually disagree with that - of course somebody will, somebody will say that it is all an illusion, or a holographic universe or part of some super-being's computer game. Well, I know that! ;)

Another thing I believe, that the super rich, super-powerful, want to hang on to what they have, even at the cost of human life. They will lie and cheat to control the masses. And they are a miserable frightened super-rich and powerful because they too know that they will die and there is absolutely nothing they can do about it. They know that all their riches and power has not made them happy and they don't know what to do about that either. 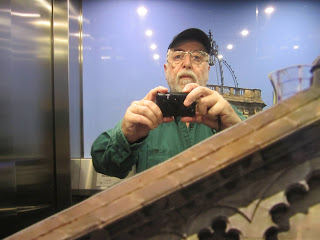