Winston Matthews is a political prisoner 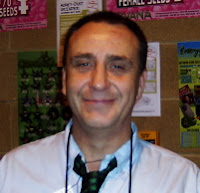 I think by now we all realise that Winston Matthews is not locked up just because he broke a bad law, but because he made such noise about it being a bad law.

Winston is apolitical prisoner and his incarceration brings shame on UK justice, UK courts and the UK Government.

The "joke" is: if Winston does all his time without probation he will be as "free" as the rest of us - free to break the law and free to get locked up despite harming nobody - he will be able to move about, go abroad, seek employment where he chooses, live with whom he can - he will have greater freedom than if he is released sooner on probation and risks re-arrest.

I believe NORML UK, ENCOD and other groups and activists should start to make more noise that Winston is a political prisoner
.https://www.facebook.com/groups/freewinston/