YOUR Right to choose and practice your religion or beliefs. Your Right to a Private Life.

UK law and International Treaty protect the Right of every person to choose and to practice his own belief. There is no stipulation on what that belief should be; there is no list of acceptable religions. Each to his or her own. The practice of that belief, alone or with others, is also part of that Right. In addition, we have the Right to a Private Life.
These Rights are being abused by the way in which The Misuse of Drugs Act is applied, by invading the Private Lives of people who pose no risk or do no harm due to their possession or cultivation or non-commercial sharing of cannabis alone or with consenting adults in their private, in belief that such activites improve the quality of their lives.
The Law and the Articles in the Treaties quite specifically limit and set criteria for when authorties are allowed to interfere with those Rights. Unless they can show that the criteria demanded is satisfied, then those authorities are themselves accussed of breaking the law.
There is no evidence to suggest that the possession or cultivation of cannabis for own use or sharing in private poses a risk to public health or the Rights as others.
The UK Human Rights Act 1998 states:
Freedom of thought, conscience and religion
1. Everyone has the right to freedom of thought, conscience and religion; this right includes freedom to change his religion or belief and freedom, either alone or in community with others and in public or private, to manifest his religion or belief, in worship, teaching, practice and observance.
2. Freedom to manifest one’s religion or beliefs shall be subject only to such limitations as are prescribed by law and are necessary in a democratic society in the interests of public safety, for the protection of public order, health or morals, or for the protection of the rights and freedoms of others.
Right to respect for private and family life
1 Everyone has the right to respect for his private and family life, his home and his correspondence.
2 There shall be no interference by a public authority with the exercise of this right except such as is in accordance with the law and is necessary in a democratic society in the interests of national security, public safety or the economic well-being of the country, for the prevention of disorder or crime, for the protection of health or morals, or for the protection of the rights and freedoms of others.
Prohibition of abuse of rights
Nothing in this Convention may be interpreted as implying for any State, group or person any right to engage in any activity or perform any act aimed at the destruction of any of the rights and freedoms set forth herein or at their limitation to a greater extent than is provided for in the Convention.
https://www.legislation.gov.uk/ukpga/1998/42/schedule/1
https://www.echr.coe.int/Documents/Convention_ENG.pdf
http://www.un.org/en/universal-declaration-human-rights/ 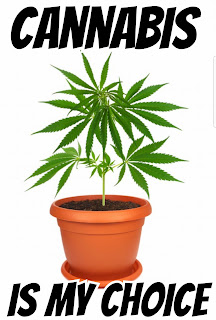 image thanks to Karl Turner
Posted by Alun Buffry No comments:

According to the press, you voted out free school meals for even the poorest of children.  Blindly following party whips and instructions AGAIN!

YOU do not represent me or anyone else I know.

You ought to be full of shame.

You need to be ousted and rest assured, many people are working on that - the next election is not far away now, that is if the tyranats allow it.

SHAME ON YOU ALL

These are all the MP's who voted for a cruel cap on free school meals for low income families
Posted by Alun Buffry No comments:

Phone call: I want to help you with your computer"

BEWARE OF THESE SCAMMERS, THEY WILL ASK YOU TO GIVE THEM ACCESS TO YOUR COMPUTER AND THEN RIP YOU OFF."
Posted by Alun Buffry No comments:

One way or the other, the UK Government is teling lies about cannabis

IF the UK Gov are to be believed when they say cannabis is a plant with no meedicinal value, and yet grow and produce and export so much "medcine" from it, one way or the other it must go down on one of the biggest cons in history

A drug reform group slams the Government for "maintaining cannabis has no medical uses" while allowing its export abroad.
The UK is the world's largest producer and exporter of legal cannabis for medical and scientific use, according to a new report from a UN body.
The UK produced 95 tonnes of legal cannabis in 2016, more than double the total of the previous year, reveals the UN's International Narcotics Control Board. This accounted for 44.9% of the world total.
The nearest competitor is Canada, with 80.7 tonnes.
Some 2.1 tonnes was exported from the UK, making it responsible for 67.7% of the world total, followed by the Netherlands (16.4%).
A drug policy reform lobby group has criticised the UK government, saying they have "consistently refused to allow medical cannabis in the UK on the basis that it has 'no therapeutic value'".

Steve Rolles, Transform's senior policy analyst said: "It is scandalous and untenable for the UK government to maintain that cannabis has no medical uses, at the same time as licensing the world's biggest government-approved medical cannabis production and export market.
"UK patients are either denied access and suffering unnecessarily, or are forced to buy cannabis from the criminal market.
"Countries with proper access to medical cannabis do not have this problem, as standardised cannabis products are in the hands of doctors and pharmacists."
A significant part of the UK's legal cannabis production goes towards a cannabis-based medicine called Sativex, produced by GW Pharmaceuticals.
It is available on prescription for patients such as those suffering the effects of multiple sclerosis, but it is only on the NHS in Wales.
Alfie Dingley, aged six, is a British boy who suffers from a rare form of epilepsy, something his parents say can be treated with cannabis oil.
Alfie, from Kenilworth, returned from the Netherlands last month, where he had been receiving this treatment.
His parents want the Government to let him use the medication in the UK but it is banned.