In January this year Carlisle police ignored the Human Right to a Private Life entering the home of Lezley and Mark Gibson to arrest them for growing their own medicine. 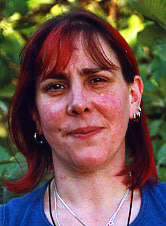 Lezley, who suffers terrifying symptoms of Multiple Sclerosis and finds relief from the plant, has recently been able to get it on prescription, costing her over £1000 a month as opposed to tens of pounds cost of growing her own.

This is not the first time that the couple have appeared in court on cannabis related charges. Lezley was busted in the late 1990's but found not guilty based upon the then usable defence of medical necessity. The couple also appeared in court and were given suspended prison sentences in 2007 for supplying free cannabis-laced chocolate to other MS sufferers.

This time Mark and Lezley were growing just ten plants for their own use, in private, at home.

Meanwhile the husbands of Prime Minister Theresa May and Drugs Minister Victoria Atkins continue to reap in the profits from their shares in the businesses that grow and export massive amounts of plant material for "medicinal use" whilst simultaneously the Government denies that the plant has any medicinal value and continues to authorise the arrest of thousands of people in urgent need of this natural and remarkably safe plant.

Surely the Misuse of Drugs Act was not meant to punish people for growing plants that they find beneficial.

Surely the law ought to protecting our Right to a Private Life and our Right to choose and to practice our own beliefs, so long as there is no harm to others, their Rights, or public health.

Once again, it appears that in the UK there is one law for some and another law for others. Another sad day for British Justice

Farce and corruption: drugs minister Victoria Atkins MP recuses herself from drugs debate 'due to my husband's business interests'

How Britain became the world's largest exporter of medical marijuana