It is indeed a sad day for British Justice when a man is sent to prison for growing plants for his own use in his own home to ease his dreadful pains.

Mr Matthews, Winston, had tried many prescribed medications to ease the pains in his back after a bad accident several years ago - he even went to The Netherlands and obtained a prescription for herbal cannabis but was not allowed to bring it back 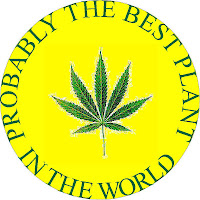 Had he been living in Netherlands, Germany, Italy Czech Republic where he could get the prescription and supply, he would have been allowed to bring it and use it in the UK under the Schengen Agreement, but the UK Government refuse to acknowledge medicinal value, despite the mountain of evidence.

Yet the UK Government has licensed the cultivation of cannabis by GW Pharmaceuticals that then dissolve the plants in alcohol and produce a beneficial but expensive spray - unsuitable of course for many people due to the alcohol presence and available to few patients because several regions of the NHS refuse to pay for it.

Mr Matthews should have been left alone, the police ought to have respected his RIGHT to a PRIVATE LIFE>

There was no accusation that the crops were other than for his own beneficial use.

Human Rights law specifies when authorities can intervene in a person's PRIVATE LIfe - law alone is not enough reason - it must also be  that public health, public order or the Rights of others were at risk.  Not the case when a person grows plants at home.

And of what benefit to society, at what cost to the taxpayer, we that end up paying for the time of the police, the courts and the prisons - tens if not hundreds of thousands of pounds.

A PRO-CANNABIS campaigner who refused to stop growing the drug despite repeated arrests has been jailed for 16 months.
Winston Matthews, 55, of Upfield Close, Horley, admitted breaching a suspended sentence he was given on 23 August in 2010 as well as three counts of cultivating cannabis and two counts of possession of the class B drug between August 28 and December 16 the same year.
He had been due to be sentenced last Friday but the hearing was deferred until Monday (February 6), at which point Judge Suzan Matthews acknowledged the case was "unique" but said that the grandfather of two must still be jailed.
The day before, Matthews - an outspoken member of Surrey's Legalise Cannabis Alliance (LCA) - took to Facebook to discuss the case.
He wrote: "All I had to do to get a deferred sentence yesterday [February 3] was lie to a judge and say I'd stop taking cannabis! I wasn't prepared to do that! One love!"
Tom Stevens, defending Matthews, said his client suffered with chronic back pain and used the drug for medicinal purposes.
The reason he grew cannabis himself was so he did not have to be part of an illegal supply chain, the court was told.
Mr Stevens said: "What was asked for on the last occasion was that the sentence be deferred, the reason for that was to allow Mr Matthews time to explore other pain relief options that may be available to him.
"It's quite clear that Mr Matthews has been using cannabis for a considerable period of time.
"The reasons for that have been touched upon by both probation and the prosection but the thing is, for a very considerable period of his life he has lived in pain as a result of a back injury sustained when he was 16.
"Ultimately, the reason he cultivates himself is he doesn't want to be part of any supply chain."
Prosecutor Rhiannon Sadler said police had visited Mr Matthews' one-bed council house on three occasions between August and December 2010 and seized 84 plants which would have produced thousands of pounds worth of cannabis as well as 4.75g of cannabis and 7.36g of cannabis resin.
She added: "There is no evidence available that it is for anything other than his own personal use."
Judge Matthews ordered that the drugs and growing equipment seized from Matthews be destroyed but made no order for court costs or unpaid work.
She said: "You committed further offences within weeks of being in court and receiving a suspended sentence.
"Since October 2009 you have been persistently breaching the law by growing, cultivating and possessing cannabis. The sentence passed on you in 2010 had no deterrent effect at all.
"What strikes me is that here you are again, you know that taking cannabis is illegal, you have a genuinely held view that's a situation that should be changed.
"But the law in this country is abundantly clear and that applies to Winston Matthews, that applies to everyone."