It's almost unbelievable that some countries that are members of the UN still execute people for cannabis offences, often for amounts less than held by Dutch Coffeeshops, Spanish Cannabis Social Clubs or Californian Clinics. 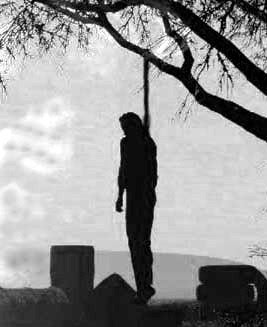 Although the most well know of these countries that give out the death sentence for cannabis-only "offences" such as trafficking are Malaysia and China, altogether there are over a dozen more.   Malaysia kills dozens - nobody even has any idea how many are killed in China because they don't release the figures.

We're talking cannabis here - the plant that has so many uses and that was used without problem for centuries - certainly since the times of the ancient Chinese and Egyptians.

Today we are hearing more and more on the internet about the medicinal uses of cannabis (seemingly still ignored by press, Governments and Pharmaceutical drug companies.

Although cannabis is well-known to ease the symptoms of ailments and pains caused by Multiple Sclerosis, Injury, epilepsy, glaucoma and even everyday stress recent revelations of how using cannabis has been effective in treating tumours and cancers including skin cancers, autism and many other problems - and it seems that government may have known about this for over 30 years.

The possible use of cannabis as a cheap and safe fuel, as a source of fibre for making everything from rope to bricks, from canvasses to paints, from oils to foodstuff - makes us ask why the ban?

That the possession, cultivation and supply such a plant is prohibited - that such a source of fuel, medicine, food and fibre is denied - cannot surely be to stop people getting "high"?

And to lock people away for years for producing or distributing the crop cannot be justified - to execute them is a crime against everything decent in the world.

That is why I wanted to see a boycott or holidays and buying goods and services from these countries, letters to their embassies, and now a world-wide petition - to STOP THESE EXECUTIONS.

I encourage all to sign this petition and spread this message widely.  We can but try.