Referring to The Police, Crime, Sentencing and Courts Bill 2021 and control over protests

Phil Monk of We The Undersigned, wrote on his Facebook page:

"I wish I knew how to stop the Bill !
"Heading Into a new level of legislation of control that has just changed our campaigning landscape completely
"A whole load of new laws and rights (what remain) need to become familiar with to not fall foul of them
"Some truly sinister recent legislation that Britain is becoming a Corporatocratic policed State
"My Gut tells me we need to start uniting into a new political part or to engage with and help grow a different suitable party
"But the entire system is rotten to the core...meaning all this could inevitably result in a dystopian empoverished British nation with hardships leading to violent uprising and insurrection of a super wealthy and power abusing elite
"This could all be a great novel if not such a,disturbing reality
"It seems there has been a lot of controlled opposition to rob the People of their rights in the guise of protecting public health.
"I suppose we could arrange carnivals instead or silent protests?"

"There is nothing new in this; it has been planned for decades and somewhat an inevitable attempt by the Governments, not only ours, to keep control in a world where population is growing so fast with such damage by industry to individuals and inevitable protests over the environmental and economic collapses that capitalism leads to - hence the drive by people such as Elon Musk to get us off the planet and whilst we are still here, trace our every move and word and limit our freedom and control our money, education, communication, transport and even entertainment - "they" already control the news and rug elections.
"Fact is freedom is mostly an inner experience - I reckon I was one of the most free men in prison because I refused to see it as them locking me up - I used to bang my own cell door closed before they had the chance; and lockdown which to me has never been lockdown just restrictions has not been a problem, because I am not a number, I am a free man, even when locked up.
"That does not mean that I approve of what the tyrants are doing or will not resist, it means I will not let them grind me down." 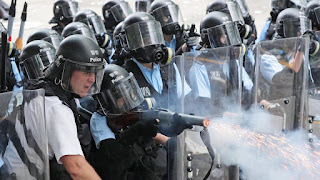